In 2005, Music Rising was launched to rescue the musical culture of the Central Gulf region of the US from the destruction caused by the catastrophic hurricanes Katrina and Rita, by replacing the musical instruments lost or destroyed in the deluge. Co-founded by U2’s the Edge and legendary producer Bob Ezrin, the organization continues to aid schools affected by natural disasters nationwide.

In facing the devastation, loss, and emotional turmoil brought on by tornadoes, floods, hurricanes, fires and earthquakes, schools are not spared, and Music Rising is there in the aftermath to aid students and schools return to a normal life and routine. Restoring school music programs after this trauma is especially urgent, as playing music can bring a sense of community, healing and joy to kids who need this reassurance.

The Mr. Holland’s Opus Foundation administers the fund and works with schools requesting our help, replacing instruments and supplies lost and damaged by the disaster. More than $3.3 million worth of instruments have been donated, helping to restore music programs in over 100 schools over 14 years.

We are now raising funds to help schools in the path of the recent tornadoes in Tennessee – they need you.

Schools in need of disaster relief assistance can email MusicRising@mhopus.org, or call 818-762-4328.

100% of the profits generated from the sales of official Music Rising t-shirts go towards helping to replace the instruments lost in schools affected by the recent catastophic natural disasters in the United States and U.S. Territories.

GET YOUR OFFICIAL MUSIC RISING T-SHIRT 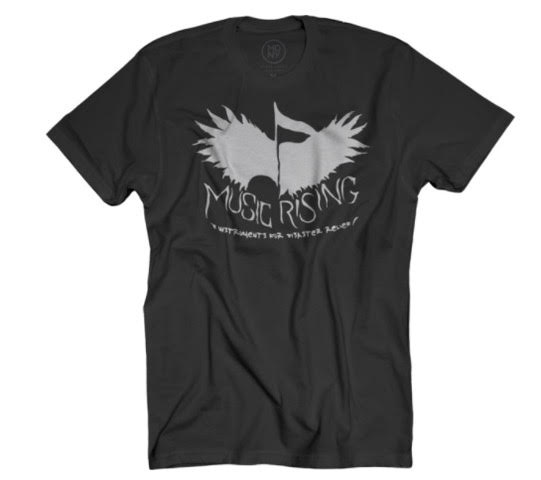